Skip to content
Fernando Belasteguín: “Alicante is key to the expansion of Padel for its great sports culture”

Fernando Belasteguín: “Alicante is key to the expansion of Padel for its great sports culture”

Temporarily out of combat due to the covid, Bela does not participate this week in the Alicante Open nor was he able to attend yesterday to the opening of the first
club that bears his name in the San Juan Beach Arena Club.

Fernando Belasteguín (Pehuajó, Buenos Aires, 19-V-1979) combines his reputation of “the living legend of padel” with the opening of his own club that bears
his name. 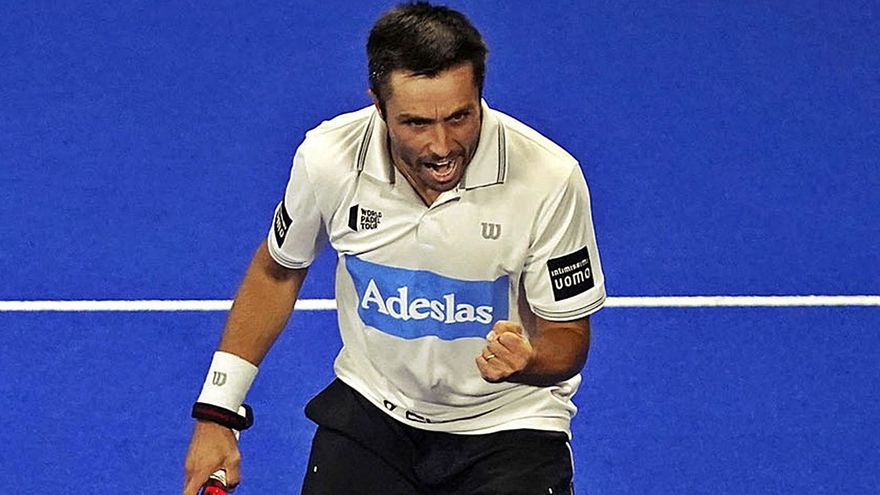 For someone as active and competitive as you, it must be especially hard to
stop playing beacuse of the covid. How are you handling the quarantine?

I always look at everything with a lot of perspective. With what has happened and is happening in the world, missing a Padel tournament and passing Covid, loosing simply my sence of smell and taste and with some symptoms such as fatigue, I consider myself a lucky man. After the thousands of deaths that have been registered, I can only be grateful for passing this as I am.

What hurts more, not being able to compete in the WPT Alicante Open or not being at the opening of the Bela Padel Center in Playa de San Juan?

Both, but I have competed for many years and played many championships and I have missed many tournaments due to injury or illness. I was really looking forward to being at the premiere of the first Bela Padel Center of my life. I imagined a dream week in Alicante for this long-standing project. It is the project of my dreams: to develop my own brand and start in Alicante. I have not been able to be physically and it hurts a lot, but I will go soon. Maybe in the future many more clubs will come, but the first great love will always be the Alicante one.

Why Alicante as the first headquarters of this new business and sports project that bears his name?

Tom Murray, who is a partner in the project, contacted us in July and we loved the idea of ​​the Arena because Alicante is a very international enclave and we consider
that this is fundamental for the development of Padel. In addition to Barcelona, ​​where we will open another center, we were considering two more places in Spain:
Alicante and Marbella. And we decided on the one in Playa de San Juan because of the location. It seduced me from the beginning. Due to its climate, Alicante has a
great sports culture. It is one of the areas of Spain with the most practitioners and attendees of Padel tournaments. There are many positive things and the
Department of Sports has also supported us from the beginning. And now, we have to work hard, because creating a brand costs a lifetime and loosing it is just
seconds. I am delighted.
Who accompanies you in this Alicante adventure?

In addition to Murray, I have a great friend, Sebastián Lafón, he is the club sports director. I want my philosophy of life and sports to be transmited by the people that work in BELA PADEL CENTER.

¿What is this initiative of Bela Padel Center about? What new does it show us?

It is very clear to me: I will never tell a father to bring his children to Bela Padel Center because I will assure him that they will be professional players. What we will assure them is that padel is not the end, but the way to educate them in the values ​​of sport that I have learned for many years and that it starts from daily effort and sacrifice.

Are your clubs going to focus more on educational Padel?

No, there will be a little bit of everything. Bela Academy, Adult and minor classes, tournaments… We chose the Arena space because it is a club open to all. The idea is to give Padel what it has given me all these years.

I am going to be an athlete all my life. We are a group of four friends who have become partners to develop these centers and one of them is Carlos Costa, Rafa Nadal´s manager, who knows a lot about this. We already have requests to open clubs in Sweden, Mexico and Portugal, but we want to grow with a clear direction.

After 16 years being world number one, what remains for Belasteguín to achieve on the 20 × 10 courts?

I train every day with the obsession to keep improving so that the day I retire I will offer my best professional version. And I wake up every morning convinced that the best of my career is yet to come.

The word retiring is not yet in your vocabulary at 41…

It will come, sooner or later. But that day I will get out of bed not thinking that the best of my career is yet to come.

This website uses cookies to improve your experience while you navigate through the website. Out of these cookies, the cookies that are categorized as necessary are stored on your browser as they are essential for the working of basic functionalities of the website. We also use third-party cookies that help us analyze and understand how you use this website. These cookies will be stored in your browser only with your consent. You also have the option to opt-out of these cookies. But opting out of some of these cookies may have an effect on your browsing experience.
Necessary Always Enabled
Necessary cookies are absolutely essential for the website to function properly. This category only includes cookies that ensures basic functionalities and security features of the website. These cookies do not store any personal information.
Non-necessary
Any cookies that may not be particularly necessary for the website to function and is used specifically to collect user personal data via analytics, ads, other embedded contents are termed as non-necessary cookies. It is mandatory to procure user consent prior to running these cookies on your website.
SAVE & ACCEPT
Go to Top